Rethinking Depression: A Doorway To Healing? 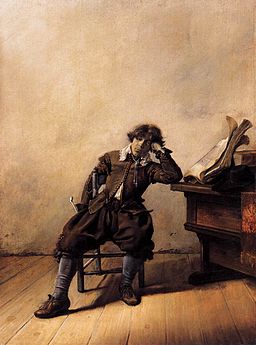 Can rethinking depression--defining for yourself what it actually is--help you live with it? The mind-body connection is so powerful. Rethinking depression for yourself, while it's not a substitute for professional help, is empowering and has no downsides. To me, that makes it worthy of consideration as an alternative, complementary self-care approach.

Anyone who's experienced depression wants to overcome it. It sucks the life out of life and spreads a layer of gray over everything. It's not even the same as being sad. Sad is at least is a feeling. Speaking from personal experience, depression is more like nothing matters, more like an absence of feeling, especially the ability to feel joy.

The conventional treatment for depression is anti-depressant drugs and talk therapy. I'm definitely not against these. They can and do stop the suffering of depression for some people, according to the U.S. National Institute of Mental Health (NIMH)).

But what it there were other ways to overcome depression? Our thoughts are so powerful. What if we can also overcome it—or at least decrease the suffering that accompanies it—by changing how we—in our own minds at least—define depression?

Rethinking Depression: It's Not Set In Stone

Our culture defines depression for us. Following the currently prevailing views of medical science, it tells us definitively that it's a biological process, a chemical disorder or imbalance in the physical brain. And the vast majority of the general public believe this theory uncritically (nearly 85%, one study showed.)

But guess what. While depression is pretty much a universal human condition throughout time and cultures, in different times and different cultures it has been viewed very differently. So it's not as if a reasonable human being must conclude that depression is a chemical disorder or imbalance in the brain. A reasonable person could come to a different conclusion.

Even in our own culture, the gospel truth of the link between depression and brain chemistry imbalance  breaks down when you look at it closely. Many scientists and mental health practitioners are beginning to critique this explanation. "The evidence to support it has simply never been there," psychiatrist Joanna Moncrieff observes. (https://joannamoncrieff.com/2014/05/01/the-chemical-imbalance-theory-of-depression-still-promoted-but-still-unfounded/) And neuroscientist Joseph Coyle of Harvard Medical School has called the chemical imbalance theory "last-century thinking."  (Scientific American, "Is Depression Just Bad Chemistry? Hal Arkowitz, Scott O. Lilienfeld March 1, 2014)

But still, the medical world usually treats it as a strictly bio-medical condition, prescribing anti-depressant drugs to an astonishing 11 percent of  Americans— a rate that has soared since 1990. (Sorry I don't have global stats on that.)

An Empowering Thought: Overcome Depression By Re-Defining It

My problem with the conventional bio-medical interpretation—for myself—is that it reduces depression to a meaningless, random, biological phenomenon, marginalizing and trivializing a state that is probably experienced to some degree, at some point, by everyone. And as psychiatrist and Holocaust survivor Viktor Frankl said, "Life is never made unbearable by circumstances, but only by lack of meaning and purpose."

As someone who has suffered from depression often during her life (though I seem to have gotten beyond it),  I believe that we can begin to overcome depression by using the power of our thoughts to change our relationship to it. What I mean by that is to stop uncritically accepting the contemporary bio-medical view of it and give ourselves permission for rethinking depression and what it fundamentally IS.

Again, I need to stress that I'm not against anti-depressants. They can provide a foothold from which to climb out of the deep, black pit of severe depression. And I'm not saying that there isn't a brain chemistry component in any given person's depression. I'm saying that for me, attributing it to JUST that is reductive and dehumanizing.

If you believe as I do, that we're more than just biological machines, and, as Viktor Frankl did, that a sense of meaning makes life's suffering bearable, then it seems reasonable at least to explore how something as deep and as widespread as depression might be more than just a bio-chemical phenomenon.

For me, even allowing the idea that there could be valid alternative interpretations of depression is freeing and empowering. It lets me interpret my own experience and make meaning out of my own life. Such empowerment seems especially important because it combats the deep sense of powerlessness that is often one of depression's key components.

Fortunately, beyond the reductive brain-chemistry view of depression, there's a rich history of rethinking depression, including:

To take charge of how I experience my own life and to interpret it in ways that nourish rather than debilitate my spirit—this is some of the most powerful energy medicine I can imagine, and one of the ways that's helped me personally to overcome depression.