Releasing Emotional Pain Can Happen In An Instant 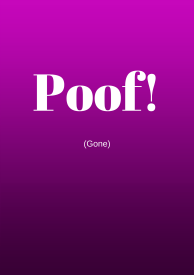 With energy healing, when emotional trauma or damage from the past arises,  sometimes releasing the emotional pain can happen in an instant, and it can be gone for good.  We don’t necessarily even have to know what it is we’re releasing.


Releasing Emotional Pain In An Instant

A new client came to me looking for relief from severe chronic pain, the result of several prior accidents, spinal surgery, and a tough year. She looked tired and tense and described feeling so blocked and negative that couldn’t bring in any new, positive energy.

In working with her physical body, I noticed that muscles in certain areas were tightly contracted. We worked on bringing consciousness to her blocked, guarding muscles. I had her breathe into the contracted areas and gently allow her awareness to flow to these places.

By doing this, she was able to release a lot of the holding. As they often do, the muscles just sort of seemed to melt. At the same time she had what she described as an amazing experience, in which “images just arose and disappeared with a ‘poof.’”  She said the images were of painful memories from the past. At first she tried to discern specifically what they were, but quickly realized that she didn’t need to know in order to have them leave. And when they left, she said, they were truly gone.

The outcome was remarkable. “Everything is better now,” she kept repeating over and over again. “I feel wonderful.”  She looked considerably younger, relaxed, and glowing.

I think it’s important to note that this wasn’t something I planned or directed. It came entirely from her. I find that trusting the process and wisdom of my client's energy usually yields results that are far more profound than if I were to try to direct a session with my mind.

My point is one of hope: that healing is a mysterious process, and that emotional healing and feeling better can sometimes happen sooner rather than later.