Switching the Joy Current ON:
An Energy Healing Teaching Story 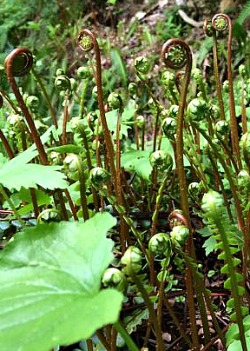 My client had been diagnosed with Stage 3 cancer and given a negative prognosis about 7 months earlier. The cancer was inoperable and not treatable by conventional radiation or chemo. Understandably, her diagnosis had been very hard for her, on multiple levels. She was still young and nowhere near ready to give up life. She’d experienced a lot of difficulty over the course of her life and couldn’t help but wonder why the universe seemed to be singling her out for such harsh treatment yet again.

However, although being in a receiving position was hard for her, she allowed herself to be open to help from a wide range of sources. She was receiving weekly energy healing and on the more conventional end of things, she was seeing an oncologist, receiving a new kind of chemotherapy and regularly seeing a talk therapist. On top of that, her friends were surrounding her with love and prayer and providing lots of practical support. And a few months passed like this.

Where Did It Go?

By December, this woman whose own GP estimated that she would be gone by fall was looking good, feeling hopeful and swimming a mile and a half a couple of times a week. Amazingly, although the original x-rays had shown that there were two small masses and one large one in her lung, a later X-ray and CT scan showed no sign of the large mass. Since the chemotherapy she’s getting is supposed to halt the spread of cancer, at best, but not reduce it, her oncologist was having a hard time processing this information.

Along the way, in addition to the cancer, she had been diagnosed with an aneurism, and was then told by her doctor that this must have been a mistake, as the x-ray upon later examination didn’t show any signs of it. She had also been diagnosed with congestive heart failure, which she was later declared free of.

It seemed like she was just shaking off these profound, life-threatening imbalances in her body.

But beyond this, she was also shaking off the sadness and sense of adversity that had dogged her for her entire adult life. She simply decided to let go of difficult emotional issues that had been dragging her down for years, and just like that! they were gone. She resolved that she wanted to “live a larger life, with more friends, more fun, more joy!” And she clearly was.

Switching the “Joy Current" ON

One of our sessions was particularly amazing. It had been a session in which she and I were very much in synch, often feeling the energy processes simultaneously. But the most amazing part came at the end.

At the end of the session, I held my hands on her field, as I often do. The contact felt unusual, very, very powerful, and it felt as if her field was holding my hands there with a kind of electrical force.

I mentioned it to her and she told me that she felt it too, and that just prior to that, she had imagined a kind of electrical breaker box, where each of the switches was a sort of circuit of joy energy. And she had gone through the box, flipping the "joy current" on. Some of them were too hard and she left those for a later time. But many of them she switched on. And we could both feel the results, as if the power in her field had just increased exponentially. While I marveled, her field continued to hold my hands in place, until finally it let me go, laughing with exhilaration.

It just blew me away. This woman, who a few months before had put no credence in energy healing whatsoever, was feeling nuances of the energy, working with her own energy, and doing her own extremely powerful self-healings. (As energy healers, sometimes — often— our personal work is just to not get in the way of the energy as it does its own work!)

After that Felicity went to Hawaii and swam with dolphins, after which a worrisome anemia reversed itself; she was luminous with joy and hope; and she was living life larger and more vibrantly than ever in her adult life.

She did die eventually, but it was nearly a year and a half after what had been medically predicted for her. She lived those months radiantly, healing her heart, opening fully to life, moving completely beyond the traumas of her past. With her "joy circuits" switched unambiguously to ON. And when death came, it came quickly rather than in an anguished, drawn-out way. A good death.

I advocate and practice great caution and restraint in promising specific results for energy healing, especially when people are facing life-threatening illnesses. No energy healer can or should even attempt to change the natural order of things.

But what we can hope for is what happened with Felicity. We can help people make the absolute most of the precious, sacred time that remains to them. We can help them finish their work on this earth before they pass into the next world. This is the greatest of privileges.

( I had my client’s permission to share her story.)