Energy Healing For A Broken Heart: Comforting A Mother's Loss

Sometimes I have sessions with clients that blow me away. Recently I had one of those. It’s a reminder of how powerful and wide and deep energy healing can go--even to the extent of reaching into the past and healing a broken heart. 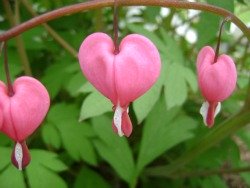 I'm going to go into a lot of detail because I think it can be helpful to a new energy healer to have an example of a complete session.

My client "Jane" has been coming to see me for over 2 years. Many years ago, she lost her young daughter to a rare illness. She has mentioned that having shed so many tears during her daughter's illness, she was never able to cry about her death, and has never since then been able to cry about a personal loss (although she can cry for others.)  Often during our sessions, she experiences a tightening of her throat.

She is extremely intuitive and gifted in sensing energy, and uses our sessions partly as a safe place to explore that. Over the course of our work together she has gained happiness and vitality and has made many positive changes in her life that bring her great satisfaction.

She came to our session in a relatively good mood, though to me she looked tired and energetically "hooded," for lack of a better word.

What Can A Painful Shoulder Tell?

Jane mentioned that her shoulder had been hurting her a lot, for no particular reason she could discern.

She got on the table, and I did a chakra balancing (as I usually do) and encouraged her to invite the colors and visions that she often receives during our sessions (which I interpret as specific frequencies of healing energy). They began immediately.

In the chakra work, it was her heart chakra that stood out to me, as is often the case.

Because I often work with physical symptoms as portals into deeper emotional/mental/energetic work, I moved to her physical body, starting with her head.

As I worked with it, Jane said she was experiencing slight nausea. I had her breathe into it, observing that nausea is the body wanting to rid itself of something toxic, so this could be her body's way of telling her there was energy that needed to be released. I encouraged her to be open to that process. (Later she felt the urge to cough, also a physical manifestation of a need to release energy.)

I moved to the shoulder that had been hurting. She went from experiencing clear, bright reds, greens, blues and purples to experiencing yellows and purplish colors. Jane commented that it it looked like a bruise in the later stages of healing.

I wondered out loud whether the shoulder pain--and the bruise-like colors-- could be her body’s way of telling her there was something from the past still needing to be healed.

Jane was quiet for a moment and then said  she'd had a flash of insight: today was her daughter’s birthday. She'd entirely forgotten until just then.

Amazed to realize the connection between her shoulder pain and this important anniversary, Jane agreed that it was a good thing to bring it into her conscious mind.

I suggested she consider doing something concrete to mark the date. She settled on creating a special bouquet of flowers for her daughter and was excited about it.

I continued to do various work. Jane's left shoulder pain and most of her neck stiffness resolved, marked by chartreuse energy.  She said her nausea was completely gone, and her stomach, which had been bothering her, felt at peace.

While working with her feet, I had the sense that her daughter had joined us. I don’t usually tap into other peoples' "subtle people," angels or guides, but I felt this—a very young presence.

Energy Healing For A Broken Heart From Long Ago

Jane goes very, very deep, so as we were winding up our session I helped her "swim" back to the surface of consciousness. She was smiling  and I commented on it.

She told me she was having the experience of cuddling her daughter as a very young child. Holding her. It was the most wonderful feeling, she said, although she couldn’t describe it or put it into words. But her entire being felt blissful.

I stepped out of the room, as I do, to let her get up at her own pace. When I returned, she was absolutely beaming and looked ten years younger. The tired, hooded look was gone—she was radiant!

Jane related the story of when her daughter had fallen very ill and gone into the hospital. She had watched her being wheeled her away in a hospital bed, desperately wanting to carry or hold her, but not being allowed to. The little girl was in the hospital 30 days before dying. Jane was constantly by her side, but there had never been a chance to cuddle her or hold her close during that whole time. She said that had been very painful and she'd always felt bad about it.

"But today," she said, "it felt like my daughter was really here, and like I was really holding her. It felt so real."

She emphatically said yes. She had tears, but not sad ones--tears of joy. She continued to beam, and said she was going to go home and just bask in the feeling.

My Thoughts On The Session

As I said earlier, this session blew me away. My sense was that Jane had left an important piece of her heart behind in that hospital room all those years ago, and that this experience had returned it to her. It had made her broken heart whole. It had allowed her to connect with her daughter’s energy, and to complete an important emotional experience that had been left undone.

This session illustrates the kind of deep healing that energy healing excels at. It goes beyond treating symptoms and can address long-standing emotional and spiritual wounds--what we commonly call a broken heart.

Jane's experience also demonstrates how the body can carry knowledge and awareness that is not available to the conscious mind. It expresses this knowledge and information somatically, through physical symptoms. While I'm sure that sometimes a physical symptom is just a physical symptom, I believe that it's often worth exploring whether the body is trying to express something through pain and dysfunction, especially when it's chronic and/or unexplained.

This case also shows how  you can reach subtle energy through the physical body, as well as the converse. I think this is important because the physical body is often under-rated and under-utilized in the energy healing world.

Go from Energy Healing For A Broken Heart to Teaching Stories main page.